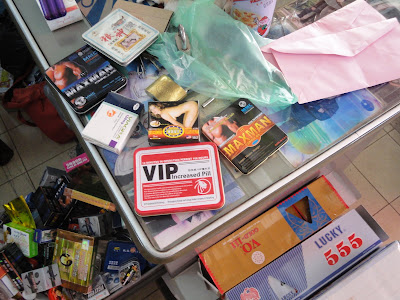 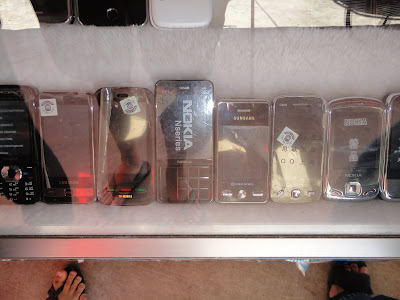 Walking around in Savannakhet, Loas, the first thing I was being offered was Viagra, Cialis which were probably Chinese copies and an alternative called Maxman which promised to be even stronger than the other recreational drugs. Also the shop offered cheap copies of the latest cell phones and imitation handbags of many famous brands.
Posted by I-nomad at 09:28