One Philipino lady seems to be Kooffrey's wife, the other a friend or relative from Manila.
Posted by I-nomad at 00:58 0 comments

Would you like to have a bank which transfers your money without delay all over the world and practically for free? Your access to this bank is online, however the actual money is kept on your PC, phone, somewhere online or on a USB-stick used as a hard drive, where it is out of reach by others, such as nasty governments, just as gold did in the old days.. After Paypal hit upon the Wikileaks donation account, global awareness of a project called bitcoin rose. Bitcoin is the first implementation of a concept now being referred to as crypto currency. The idea was first suggested by Wei Dai in 1998 naming it b-money. Whoever he/she/they will be, we may never know, but in 2009 Satoshi Nakomoto managed to work it out as a real life experiment. The only underlying value of bitcoin is the costs involved for computers to create one, a process referred to as mining. Mining bitcoins will become proportionally more difficult as market adoption and techgnology progresses. The total number of bitcoins ever to be issued is limited by design. Each new bitcoin produced is archived in a decentralised clearence database, which renders counterfeit attempts useless. The result is a tradable new 'commodity' with a supply and demand mechanism. A mathematically compassionate approach to loop back recources to money. Purely relying on p2p storage and processing, bitcoin is not just your average get rich quick scheme by some party behind the scenes. The bitcoin concept of digital currency seems cunning and incredibly well thought through in a way that it is likely here to stay. Provided there's a continuing demand, bitcoin will be impossible to take down. It could even threat governments, like in: Help, people found a new technology to ignore us.
As of present the market in bitcoins still represents just about $50M (6.2M BTC), with under 4000 transactions per day, but is abound to rise considerably when widely adopted. By design the currency allows for a maximum of 21 million bitcoins on the market by 2141, not really that much, so deflation is being anticipated for to a further split up in decimals, up to eight, theoretically allowing for 2.1 peta (10^15) currency units.
Starting at a value of about a few dollarcents last year, a single bitcoin will trade for as much as $7.53 today (16-5-2011). A considerable increase since then and even since yesterday when the new currency was pegged at $6.70. At the same time the number of shops and services which accept bitcoin as legal tender is expanding.
On the downside black and grey money versus online gambling, illegal circuits such as drugs trade and even sponsorship of terrorists are quickly to meet eachother. Since bitcoin money changes hands anonymously without control by anybody, no supervision by authorities or national banks is feasible whatsoever. A very uncomfortable position for a government to be put in indeed.
Launch.is calls bitcoin "the most dangerous project we've ever seen". Furthermore they mention:
Bitcoin is a P2P currency that could topple governments, destabilize economies and create uncontrollable global bazaars for contraband. (...) After month of research and discovery, we've learned the following:
1. Bitcoin is a technologically sound project.
2. Bitcoin is unstoppable without end-user prosecution.
3. Bitcoin is the most dangerous open-source project ever created.
4. Bitcoin may be the most dangerous technological project since the internet itself.
5. Bitcoin is a political statement by technotarians (technological libertarians).*
6. Bitcoins will change the world unless governments ban them with harsh penalties.

Since demand is getting much higher than supply (the mining results), the currency is bound to get deflated, in fact it is designed to just do that. The expectation of a getting rich quick scheme might result in speculative prices as of today.
Once bitcoin currency exchange offices will be declared illegal or banned by banks and credit card companies, like Paypal already does, trade will go down and can cause bitcoins to drop big time, but likely not as bad as the Zimbabwean dollar.
Still, one could make big profits by buying bitcoins now (16-7-2011) and selling them at the right moment (soon).
Once bitcoin becomes outlawed by major economies and/or are seriously inflated, it will become the Wikileaks of currencies and is bound to be safe harboured in several nations with high digital freedom as a true digital currency fit for micro payments.

Update 17-05-2011: Besides the US, where a lot of libertarian minded idealists are busy to make efforts to indroduce the bitcoin as well as making cash, India, where Paypal stopped it's busines, seems like a pretyy big market ready to accept bitcoins right now.
Posted by I-nomad at 13:57 3 comments

The power of smile

In a TED presentation Ron Gutman, CEO of HealthTap, aggregates results of worldwide studies regarding the act of smiling.
A study conducted by Hewlet Packard UK in 2005 shows that looking at a simple smile from a baby, will make you smile internally and will actually induce more positive stimuli in your body than having sex, to a lesser extend the same applies to adults. Next time when you decline an offer to engage in sex by giving just a smile will represent an unintrusive attempt to offer you the same happiness. Furthermore the study reveals a baby's smile mood-boosting value equals receiving $25,000 in cash or eating 2000 bars of chocolate (without throwing up I assume). From birth there seems to be some cultural imposed drop in frequency we smile, since it is a nutural facial expression found on baby's still in the womb. Children will smile 400 times a day by average, whereas adults resort to this conduct just about 20 times.
As Ron Gutman puts it: Quite a few kids out there feel like Marc Zuckerberg every day.
More over, there are clear indications to believe that frequent smiling lead to a happier and possibly even longer life.
Surprising enough, to my knowledge little or no research has been done about the long term effects of smiling habits in Thailand, the land of smiles after all, but my preliminary conclusion is that this Thai custom does a lot of good for the population. Amongst others it might explain why many foreigners including myself feel very comfortable to live here. A Thai smile can mean anything from I haven't a clue to I understand you, we're all human, if your're lucky.

IF YOU HADN'T ENOUGH, CHECK THIS OUT:
Don't cheat, if you noticed you had a faint smiled while reading this post or watching the vids, it'll be just like I just gave you some dirty cash, right? Now you owe me. Make me smile too, I accept Paypal and Bitcoin donations
(For bitcoins send it to: 1Ff855LWbHuEiKQM378f5oD7e1STXgAXLL )..
Hey, why is your smile gone now?

Read more about the untapped power of smiling.
Posted by I-nomad at 11:22 0 comments 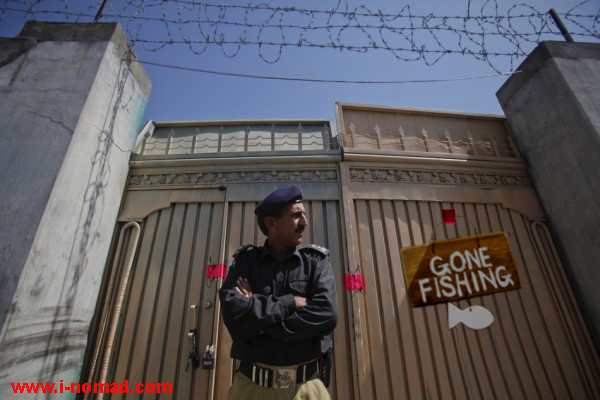