Seen in Siem Reap: Transporting blocks of ice with a bicycle: 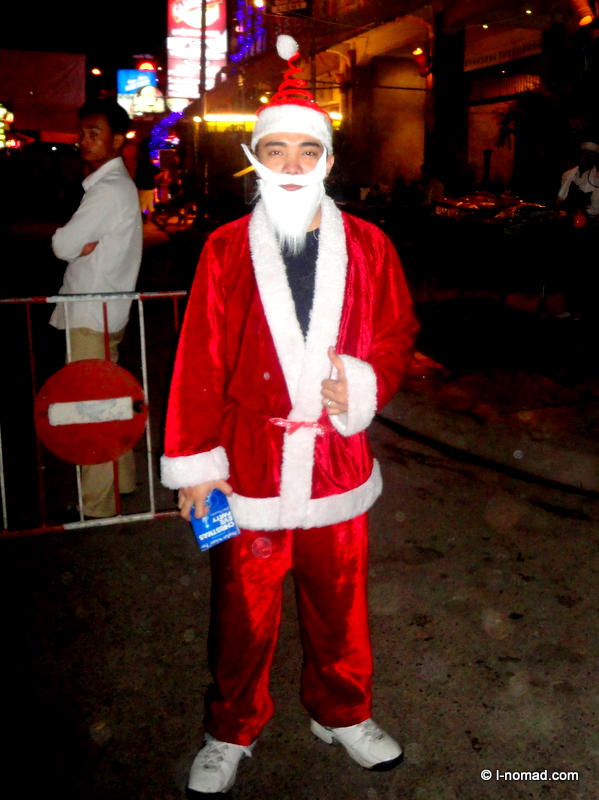 Seen at Angkor National Museum in Siem Reap:
This Buddha is so fat that even the ox pulling him appears to have a hard time 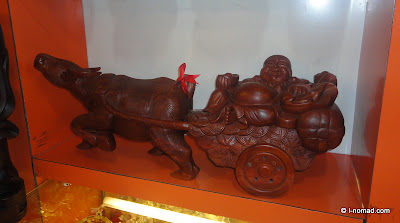 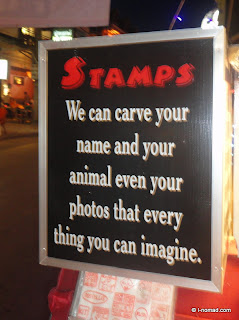 Seen in Siem Reap: a fish massage with a no piranha guarantee.
Price for a 15 min. try is $1,- including a free coke or beer.
The fish called Garra rufa and fish spa's originate from Turkey but are now popular all over the world.
Personally I wouldn't recommend Cambodia's fish spa's; the basins look dirty with possible health risks involved and the fish are quite big, probably because the're imported '2nd hand' from Thailand.
Also most of the time the're not very active like the small ones in Thailand. 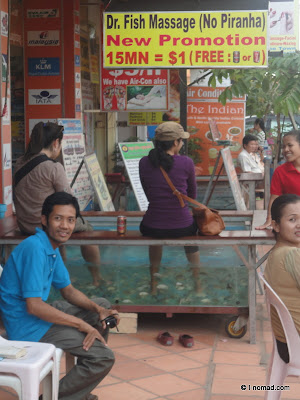 The Tsunami ghosts of Khao Lak

During the Tsunami in 2004 Khao Lak, Phang Nga was hit the hardest in Thailand. According to Wikipedia,  the final death toll was over 4000, with local unofficial estimates topping 10,000 due to the lack of accurate government censuses and the mere fact that the Burmese population were not documented or recognized as legal residents. Bhumi Jensen, grandson of King Bhumipol also died here while jet-skiing.
When we stayed in the newly built small touristic area, the memories of the Tsunami were clearly more present than in any other place in Thailand we had been. We heard several stories from the Tsunami as if it happened last year. Also there were an high amount of ghost stories going around.
We heard from the nightguard that last year a guest standing in the night on the balcony had seen and heard lots of people enjoying in the bamboo restaurant near the beach. The place is always very quiet and closed at night and the guard confirmed there had been no special party or such.
On the first day we had been there once and somehow we didn't feel very comfortable, but rather a bit eerie, eventhough I didn't have the Tsunami in mind and am not superstitious. Later I talked with a Swedish woman and she felt the same, so like us she didn't go there anymore. Polly as a Thai is very superstious and claims to have seen a ghost at our balcony. (While I was away ofcourse.) As a result she didn't want to be alone in the room anymore.
Below are some offerings in our room for the spirits: